the seriousFilm foundation started in 2004, and is run by documentary filmmaker | producer Koert Davidse together with creative producer Marc Thelosen, our interest ranges from pure documentary production to all genres of the moving image

We are based in Rotterdam; our productions have been produced and shot in the Netherlands, Russia, Cabo Verde, Senegal, United Kingdom, Switzerland, Germany, Belgium, Vietnam, Papua New Guinea, Turkey, Greece and Japan

seriousFilm is a member of NAPA (Netherlands Audiovisual Producers Alliance), and of EDN (European Documentary Network) 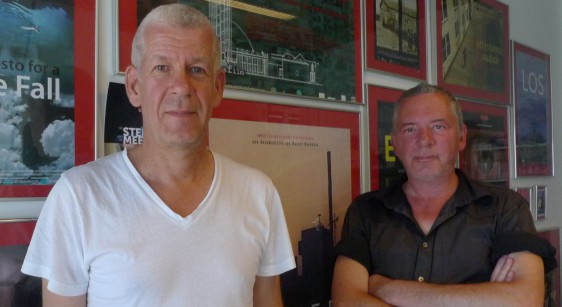 Koert started his career as a script writer for documentaries and feature films. Since the end of the 1990s, Koert has focused on directing documentaries with subjects that fascinated him personally: often about people outside of the mainstream
in 2002 he directed his first long documentary the Flood. His second long documentary Sybold van Ravesteyn: architect for eternity was seriousFilm’s first production

Koert is an experienced script doctor and coach of young talent. His James Avati – a life in paperbacks (1999) was released on video in the USA and Canada, and Telling Eyes (2002) was shown on ZDF and Arte

As a creative producer Marc’s work experience ranges from programmer for the Image and Sound festival, producer of the World Wide Video Festival, and combining production and financial management for V2_Organisation (the Institute for the Unstable Media), to production coordinator of the Tulse Luper Network, part of Peter Greenaway’s the Tulse Luper Suitcases project.
One other thing: most of the artwork for seriousFilm is by Marc.